About The Gander Area 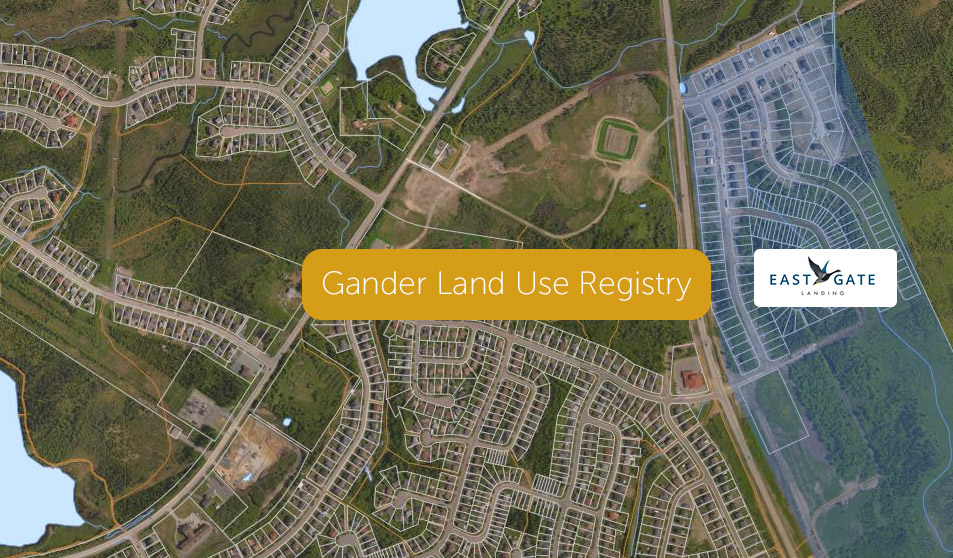 We highly recommend this powerful website to see a full GIS birds eye view of Gander.

A vibrant and growing community…

Gander was chosen for the construction of an airport in 1935 because it is very close to the great circle route between New York and London. In 1936, construction of the base began, and the town started to develop. On January 11, 1938, Captain Douglas Fraser made the first landing at “Newfoundland Airport,” now known as Gander International Airport, or “CYQX,” in a single-engine biplane, Fox Moth VO-ADE.

During the Second World War, as many as 10,000 Canadian, British and American military personnel resided in Gander. The area became a strategic post for the Royal Air Force Air Ferry Command, with approximately 20,000 American- and Canadian-built fighters and bombers stopping at Gander en route to Europe. After the war, the airbase became a civilian airport, and the location of the town was moved a safe distance from the runways. Construction of the present town site began in the 1950s, and the present municipality was incorporated in 1958; the settlement around the airport was eventually abandoned.[3]

After the Second World War, the town grew as the airport was used as a refuelling stop for transatlantic flights, earning its name “Cross-roads of the world.” Efforts have been made to diversify the economy from being dependent on the airport, particularly as new aircraft designs permitted longer-range flights without the need for landing to refuel.

Gander was the site of a major aircraft accident, Arrow Air Flight 1285, on December 12, 1985. 256 people were killed in the disaster, making it the deadliest air crash to happen in Canada.

In 2001, Gander International Airport played an integral role in world aviation in the hours immediately following the September 11 attacks when all of North America’s airspace was closed by Transport Canada and the United States Federal Aviation Administration (FAA). As part of Operation Yellow Ribbon, 38 civilian and 4 military flights bound for the United States were ordered to land at the airport—more flights than any Canadian airport other than Halifax International. More than 6,600 passengers and airline crew members, equivalent to 66 percent of the local population—third highest number of passengers, behind Vancouver International Airport, which received 8,500, and Halifax—found themselves forced to stay in the Gander area for up to six days until airspace was reopened and flights resumed. Residents of Gander and surrounding communities volunteered to house, feed, and entertain the travellers in what became known as Operation Yellow Ribbon. This was largely because Transport Canada and Nav Canada asked that transatlantic flights avoid diverting to major airports in central Canada, such as Toronto Pearson International Airport and Montréal-Dorval.

Lufthansa named one of its Airbus A340 (registration D-AIFC[4]) aircraft Gander/Halifax to thank both cities for their handling of rerouted travellers on September 11. A book, The Day The World Came to Town, published by Reagan Books, includes several stories about Gander’s role during that and subsequent days.[citation needed] A radio play, The Day the Planes Came, by Caroline and David Stafford, dealing with the effect on Gander of the September 11 passengers was first broadcast in June 2008 on BBC Radio 4 and was repeated in October 2009.[5] A TV movie, Diverted, was made in 2009. In February 2010, NBC aired a report by Tom Brokaw on Gander’s role in the displacement of hundreds of planes on 9/11 during coverage of the Olympic Games in Vancouver.[6] A musical by Irene Sankoff and David Hein, Come from Away, which retells stories of the people who were diverted to Gander and the people of the town who had helped out was mounted on Broadway in 2017.[7] The town was also profiled in Moze Mossanen‘s 2018 documentary film You Are Here.[8]

The Town of Gander continues to pursue business opportunities in the aerospace industry.[citation needed] In 2007, MoneySense ranked Gander as the 10th best place to live in Canada. The magazine ranked communities strictly using 12 measurable factors including weather, real estate values, income levels, unemployment rates, discretionary income, murder rates and signs of prosperity such as the percentage of late-model vehicles.[9]

* All materiel above sourced from Wikipedia

We have a fully staffed, friendly and informative team to answer all your questions.